“Black Americans have exercised collective giving to finance social resistance in serial struggles for liberation.” That line is from my recent essay, The Sweetness of Circles. In those struggles, the questions Am I Not a Man? and Ain’t I a Woman? and the assertion I Am a Man have been used and adapted over history to proclaim dignity, declare independence against oppression, and push for equality.

Fifty-one years ago this week, “I AM A MAN” was the slogan of the Memphis Sanitation Strike. The strike brought Dr. Martin Luther King Jr to Memphis (instead of Charlotte, as originally planned) on April 4, 1968 — the fateful day of his assassination. MLK’s death in Memphis intensified the strike and eventually led to its end on April 16.

Today, people on the margins of mainstream institutional philanthropy are borrowing from the past to proclaim: I Am a Philanthropist. It is an assertion of our presence and power in shifting narratives, values, priorities, ways of giving and measures of impact.

In Atlanta, hosts of The Soul of Philanthropy (TSOP) exhibit created buttons in a style harkening back to the picket signs in Memphis. Exhibition hosts in Columbia, SC followed suit, and hosts in Cleveland plan to do the same, as these communities elevate stories that reframe philanthropy. The photo collage above features historic and contemporary images. 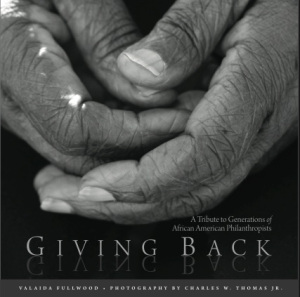